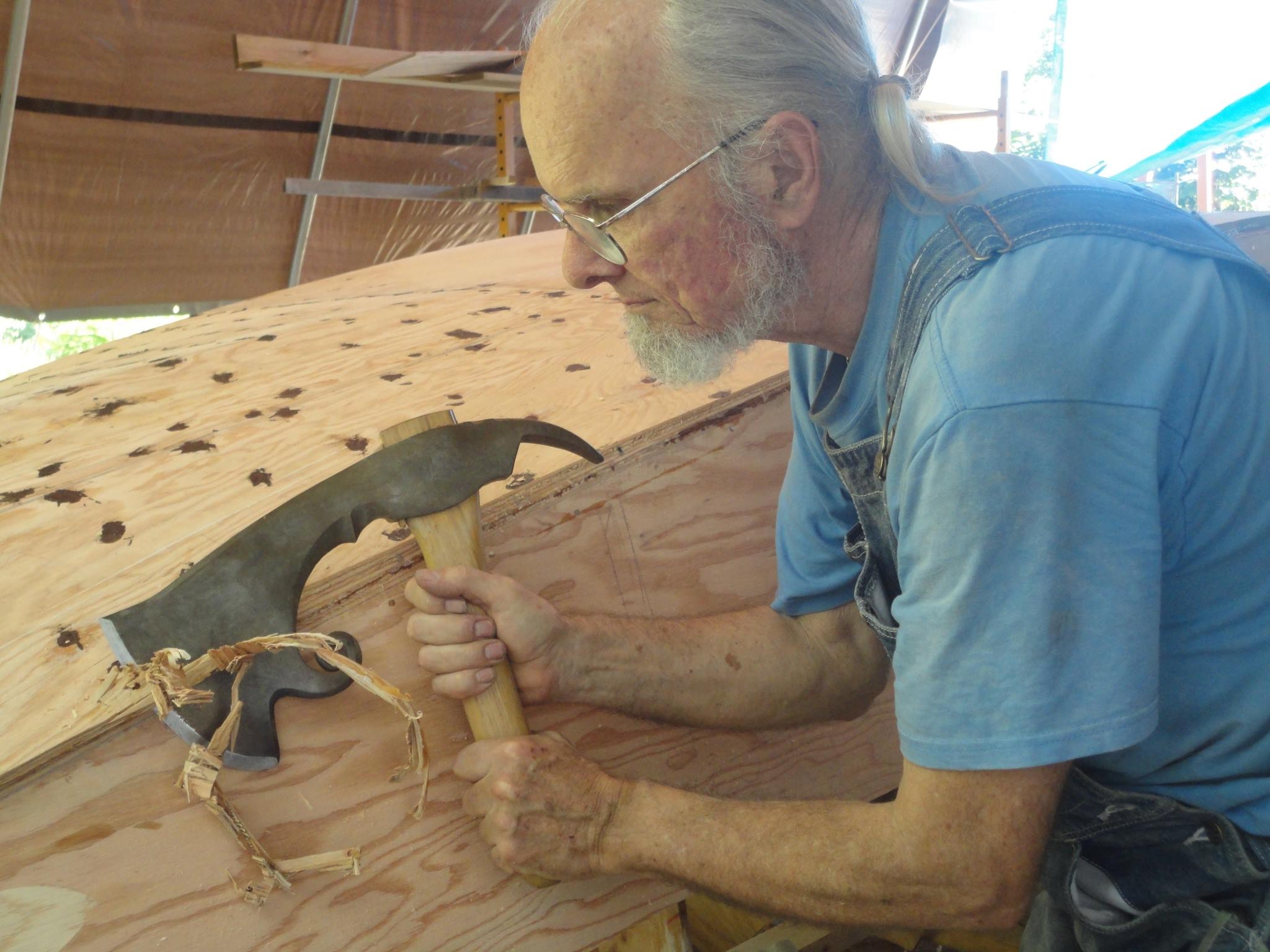 I am a Blacksmith, Printmaker, and General Working-Artist. My formal studies were at the Art Institute of Chicago, Syracuse University School of Art (BFA), and Indiana University (MFA). My founding education came within my family where I watched my father and grandfather create tools and useful objects that grew out of their conviction that they could make better things than were available on the market. I started studying oil painting and drawing at age five with my grandmother, Mary Brubaker who was an established Chicago Artist.

In recent years I led the blacksmithing program at The American College of the Building Arts in Charleston SC. For over fifty years I ran a forge shop producing ironwork wholesaled to galleries around the country and architectural ironwork of all sorts. My strength has been in designing work that catches the public’s eye. I’ve been an active supporter of ABANA, (Artist Blacksmith Association of North America), since attending the first ABANA Conference in Lumpkin GA in 1974. I’m currently a member of the ABANA Board of Directors and a past president. In 1980 I was a co-founder of the Indiana Blacksmithing Association and it’s first president. I was a founding member of the Brown County Craft Gallery (Indiana) and served on the board of American Craft Enterprises (an arm of the American Craft Council) that ran the ACC’s wholesale and retail craft fairs. I’m a founding board member and designer of the Bloomington Community Orchard. I currently divide my time between Bloomington IN and Star Tannery VA.

This website is to communicate what I’m working on and thinking about and documents some of the work I’ve done over the decades. It replaces my old site that displayed work for sale and how to order from my workshop. I’m no longer doing commercial production of candleholders, wine racks, or architectural ironwork. However, I may offer some one-of-a-kind pieces here in the future.

I used one of my hand forged hewing axes to chop the excess plywood from the chine of my new boat.